Remember to set your DVR this Sunday, January 26, as the new Coldwell Banker commercial, Home Sweet Home, will debut during the 56th Annual Grammy Awards.

The debut of the new commercial kicks off the Coldwell Banker 2014 national ad campaign. This year’s campaign will be nothing short of spectacular, with a mix of blue carpets, legendary musicians, national media exposure and, of course, a special focus on how home represents who we are.

On Sunday, we will be actively participating in the Coldwell Banker Twitter Party during the Grammys. To join the party, be sure you are following us on Twitter.

We look forward to “seeing you” at the Coldwell Banker Twitter Party on Sunday.
#ColdwellBanker #HomeRocks 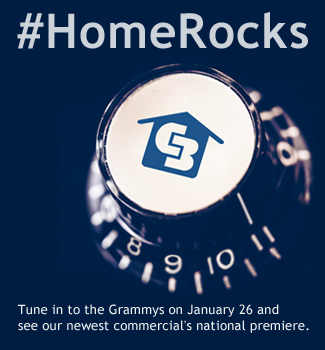