How Sweet It Is! Honolulu’s Best Desserts for National Dessert Day

Celebrated annually on October 14, National Dessert Day is a day to indulge in that wonderful, sweet ending to a meal. Or even replacement; let’s face it, we’ve all done it before. Over the years, desserts have changed from natural candies and nuts to complex soufflés and multi-layered cakes, and we couldn’t be happier. The very first desserts required minimal effort or preparation since ancient cultures were more focused on the nutrition in food in order to survive. Now, there are so many options in desserts that we just want them all.

Lately, Honolulu has become a hub for foodies in general with eclectic eats scattered across the city, so just imagine the desserts! Since Honolulu contains an endless plethora of must-tries, our list could run out the door. But, in honor of this day, here are a few of our favorite dessert delights in Honolulu. 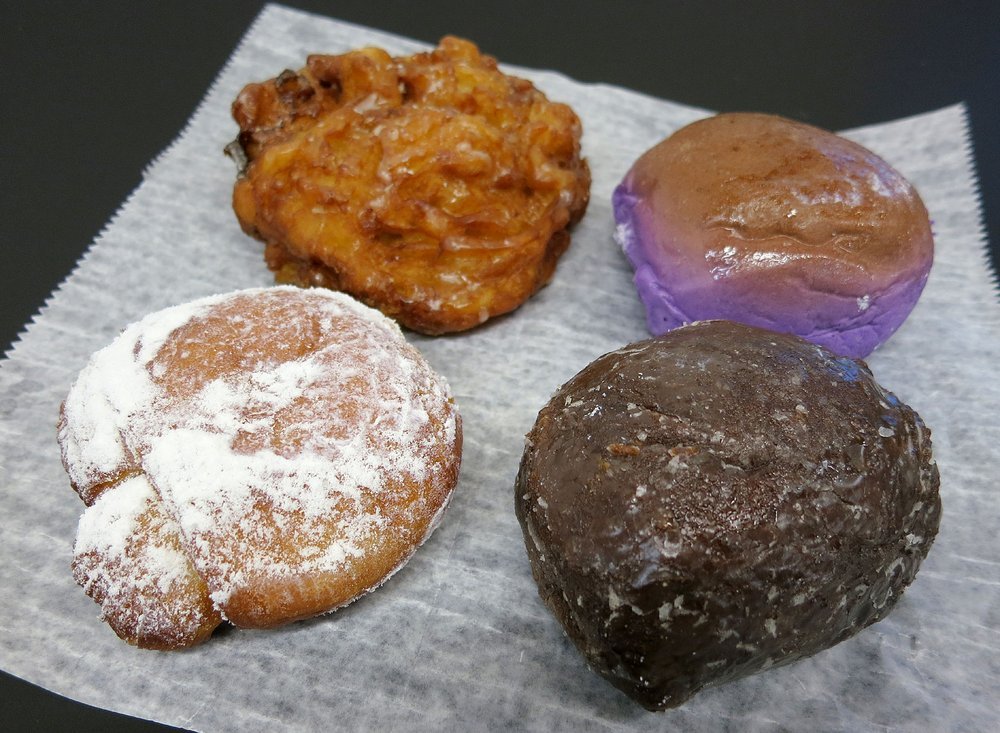 Poi Donuts from Kamehameha Bakery | 1284 Kalani Street, Unit C106, Honolulu
There’s nothing quite like a warm, fluffy donut that’s sweet and a little bit gooey – one of the simple pleasures in life. Kamehameha Bakery, home of the Hawaiian twist on a classic American favorite, serves a variety of novelty donuts with unique fillings, but we think by far the most intriguing flavor is the poi (a Polynesian staple food made of the stem part of a taro plant) glazed donut. For those who can’t wait to get their hands on this goodness, doors open at 3am. 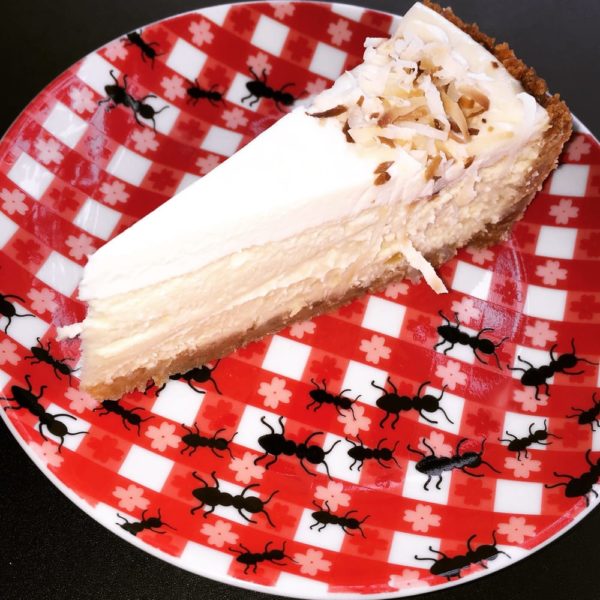 Cheesecake from Otto Cake | 1127 12th Avenue, Honolulu
Otto cake is a quaint little bakeshop filled with bold flavors. Specializing in cheesecakes, you can’t go wrong with any flavor you choose. However, the original cheesecake literally takes the cake at this bakery. This bakery has just recently been moved to Kaimuki, thriving more than ever and what is quickly becoming this city’s go-to ‘hood for sweet stuff. 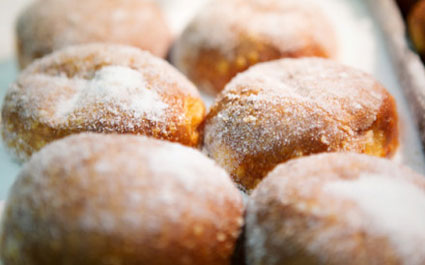 Malasadas from Leonard’s Bakery | 933 Kapahulu Avenue, Honolulu
Long story short, a malasada is Portuguese doughnut without a hole. Fried generously until perfection, all of Leonard’s malasadas are made with their special dough using the finest ingredients, ‘Ono, as we say in Hawaii. Coating options including original, cinnamon sugar and Li Hing with puff fillings including custard, dobash (chocolate) and haupia (coconut). Seriously, go now. And be sure to try the flavor of the month. This month’s it’s all about pumpkin. 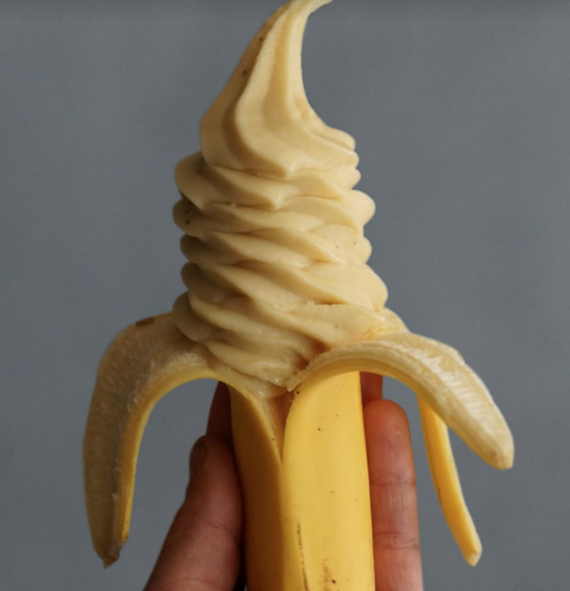 Soft Serve from Banan | 1810 University Avenue, Honolulu
Island grown ingredients turned into a dairy free soft serve? This dessert almost sounds like the unicorn of desserts. It’s that good. Not only are the flavors outstanding, but Banan strongly focuses of supporting local agriculture to help build a stronger, healthier and happier Hawai’i community. Check out the banana flavors here and consider the option to step up your soft serve game with a papaya boat.

Maybe you want to celebrate national dessert day at home and whip up some sweetness in your own kitchen? Here are some must-try dessert recipes for this holiday. 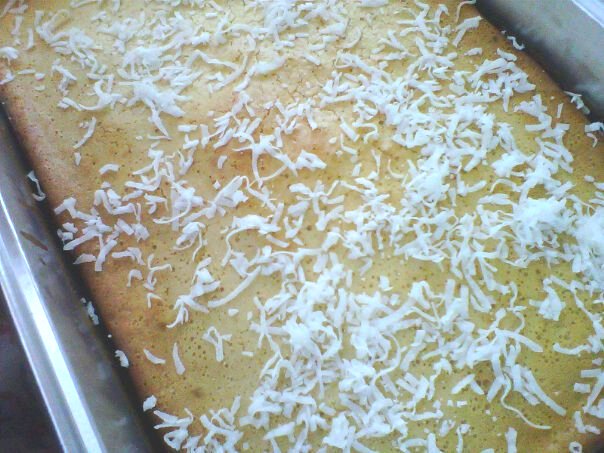 Homemade Hawaiian Butter Mochi
Sweet and sticky rice cakes originated from any Asian country are enticingly tasty. But butter cakes?! Seriously, what could be better? Butter mochi is a Hawaiian style Japanese dessert that has a chewy, buttery and sweet (but not too sweet) texture and flavor. This recipe is an absolute crown pleaser. 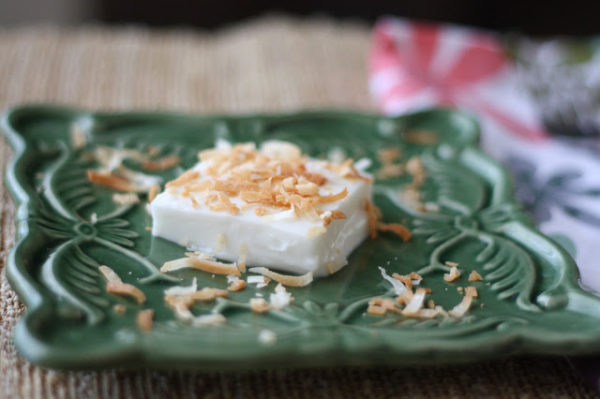 Photo via Barefeet in the Kitchen

Haupia
Haupia is a sweet coconut cream custard that can be served as firm as Jell-O or softer and more scoop-able like pudding. Commonly served at luaus and Hawaiian restaurants, mastering this recipe will increase your invite to just about any social gathering or party. 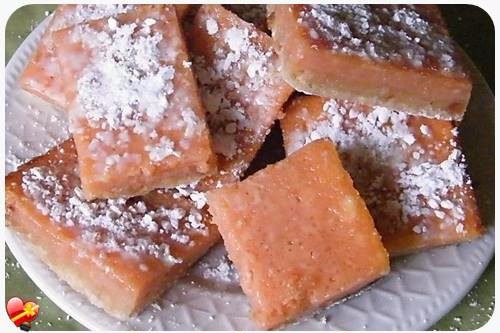 Guava Lemon Bars
We all know the traditional lemon bar and how amazing it is. So sweet and so tart at the same time – and then a bit creamy and buttery too. There’s a reason why lemon bars continue to hold their own, even decades after they came into being. But adding guava? This is a tropical twist that has changed the lemon bar game for all of us.

Which desserts have your sweet tooth’s attention this National Dessert Day? We would love to know!