With half the year behind us, the luxury market continues to show record-breaking strength overall in the first two quarters of 2015. 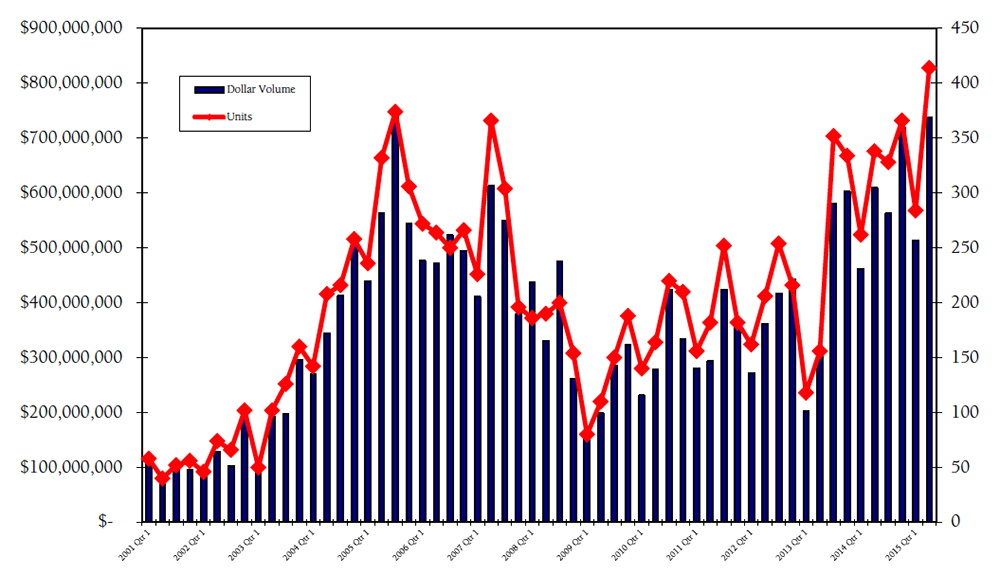 Total Closed Dollar Volume vs. Units | $1 Million+ Oahu | Single-Family
Source: Based on information from the Multiple Listing Service of HiCentral MLS, Ltd. For the period 2001 through June 2015

For the first six months of this year, the number of single-family homes priced at $1 million or higher outpaced last year by 14 percent. The first quarter posted a 2 percent increase in the number of sales compared to the same period a year ago. In the second quarter of this year 209 sales closed over $1 million, a 22 percent increase over last year and in fact, was the highest level ever recorded in history. 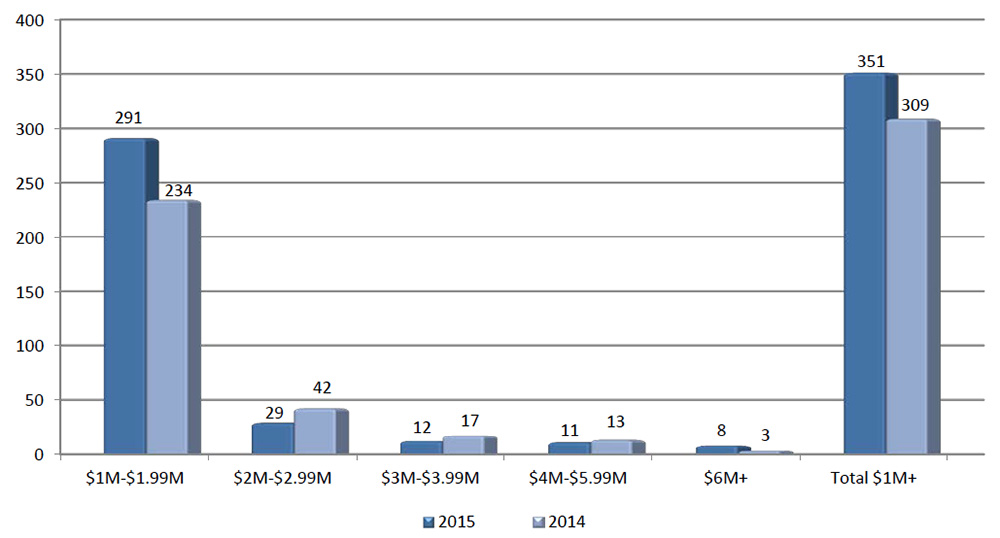 Unit Sales by Price Range | $1 Million+ Oahu Single-Family | June 2015 YTD
Source: Based on information from the Multiple Listing Service of HiCentral MLS, Ltd. For the period January 1 through June 30, 2015

At the higher end of this market, homes that sold at $6 million plus, there was a staggering 166 percent increase with eight recorded sales compared to only three a year ago. Two of those buyers had local tax addresses, while the remaining six were from the U.S. mainland. 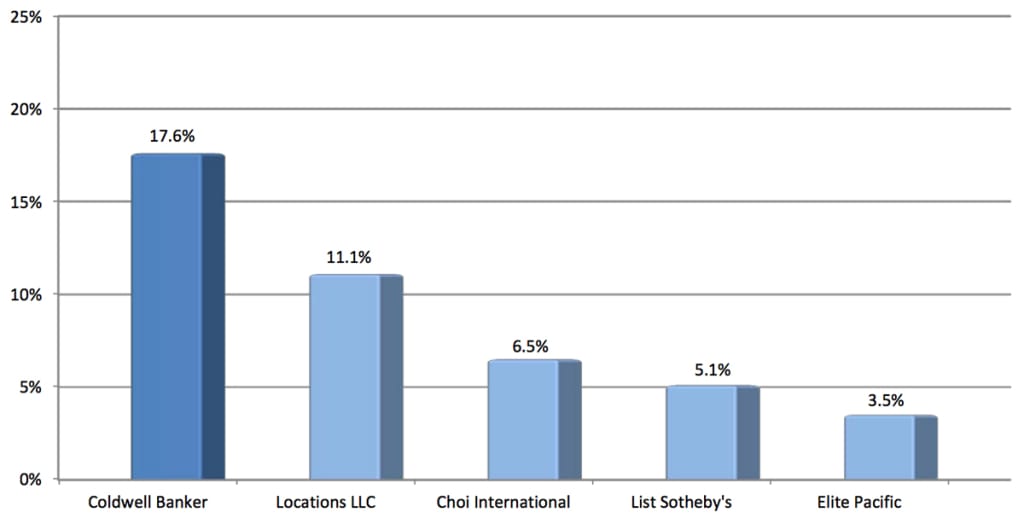 Coldwell Banker Previews International® dominates the high end market with 17.6% of the market share of listings closed – quite a bit more than even the second place brokerage company. Nearly one in five homes listed at $1 million or more is sold by a Coldwell Banker Independent Sale Associate. There is a reason for that. Contact Coldwell Banker Pacific Properties today to learn more.