The Oahu luxury real estate market is sizzling hot with the second and third quarters of 2015 reaching new heights.

The spike in single-family home sales for the second quarter was outpaced in the third quarter, with 224 homes sold compared to 167 for the third quarter a year ago. That’s a 34 percent increase, setting the record for the all-time highest number of sales.

During the Great Recession the median price of a single-family home dipped slightly, reaching the lowest point in 2011. By 2012, prices recovered to the same level as 2007 (the peak year). Over the past two years prices have increased steadily, pushing prices over the $1 million mark in neighborhoods that historically did not have a significant number of homes selling over $1 million. Manoa, Wilhelmina, Hawaii Kai and Kaimuki are now among the top ten percent of neighborhoods for single-family homes selling for more than $1 million. 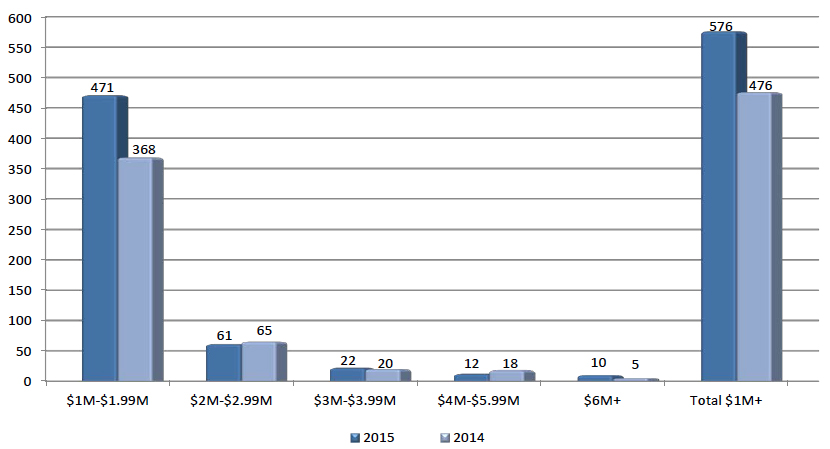 Source: Based on information from the Multiple Listing Service of HiCentral MLS, Ltd. for the period January 1 through September 30, 2014, 2015.

The year-to-date sales by price range illustrate the high level of demand for the $1 million to $2 million price range, with a 28 percent increase in sales compared to the same period a year ago. The higher price ranges of $2 million to $6 million are 8 percent below last year, albeit an improvement from the first half of this year which lagged by 28 percent. In the highest price range of $6 million and more, the sales in the first three quarters of this year were twice as high as last year. Most of the buyers in this price range are from the U.S. Mainland.

The number of single-family home sales in escrow that are priced over $1 million reflect a similar trend – with almost 80 percent of the forward sales in the $1 million to $2 million price range. We normally see a slowdown in activity during the last quarter of the year, but this year buyer demand continues and may take us through the end of the year. A healthy economy, low mortgage rates, and high consumer confidence create a perfect storm for the real estate industry. 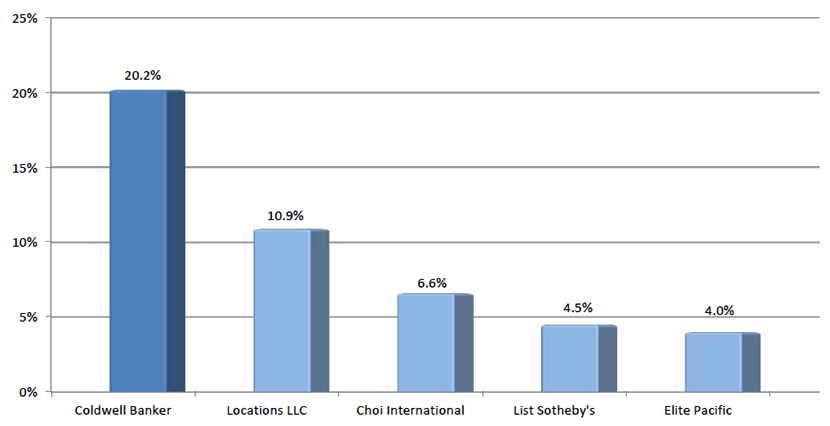 Source: Based on information from the Multiple Listing Service of HiCentral MLS, Ltd. for the period October 1, 2014 through September 30, 2015.
Figures include Oahu Single Family Homes/Condos/Vacant Land. Excluding project sales. Units include both list and buy sides.

We realize that you have a choice in the real estate professional with whom you want to entrust with selling your luxury home. Statistics show a large percentage of luxury home owners choose Coldwell Banker Previews. It is not a coincidence – it is a matter of fact that we know how to market your property and deliver results. For more information on the Oahu luxury market, please contact a Coldwell Banker Pacific Properties office today. Click here for office locations.