Hosting an Awards Party With a Hawaii Twist 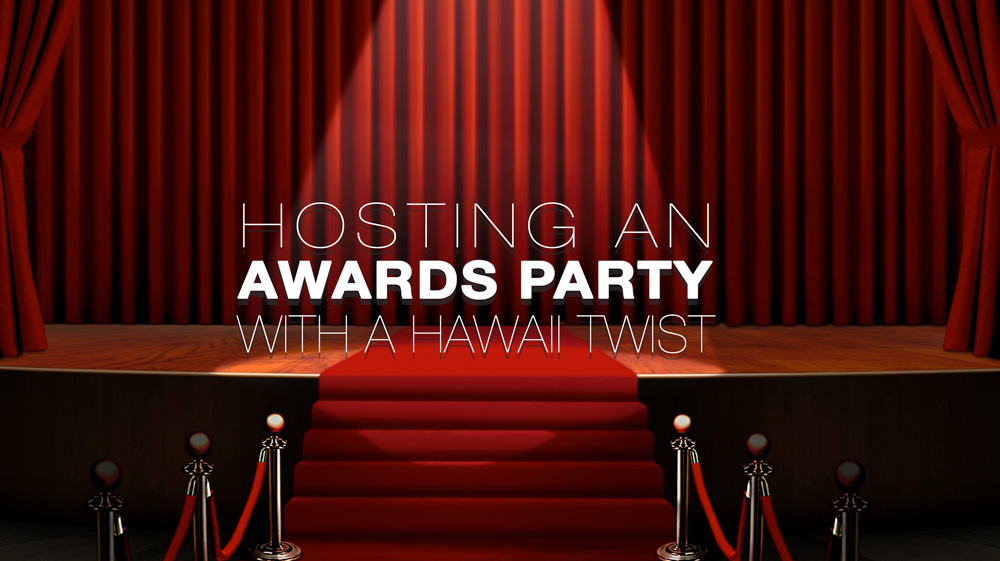 Hollywood’s most glamorous night of the year is just a red carpet away: The 86th Academy Awards on Sunday, March 2.

To plan the ultimate Oscar viewing party, dial up the glam with sophisticated appetizers, elegant decorative touches and, of course, champagne to celebrate the winners.

In addition to awarding Hollywood’s elite, why not award your friends and family for their local film knowledge? The awards show is notorious for going long. So a great way to add some excitement to your party is to add some Oscar-themed games. One idea I love is a hyper-local trivia game.

Did you know that 2013 marked 100 years of filmmaking in Hawaii? Since HAWAIIAN LOVE and SHARK GOD were filmed in 1913 by a production company that would go on to become Universal Pictures, some of Hollywood’s most beloved movies have used filming locations on the islands, or “Hollywood’s Tropical Backlot.”

Here are 10 of my favorites Oscar nominated films with Hawaiian ties:

Armed with this knowledge (and a little help from IMDb), you can challenge your guests to the ultimate Hawaii film trivia game. During commercial breaks – or when those montages go on for just a bit too long – ask guests various questions and award prizes for the correct answer. Start by instructing your guests to try to name Oscar nominated films that feature Hawaii’s landscape and give a point for each correct answer. You can create questions based on the year the movie came out, the stars, or the awards it garnered.

Do you have any favorite award season games? I’d love to hear them – send me a Tweet @CBPacific.