Here Come The Nominees for the 2014 #HomeRocks Award 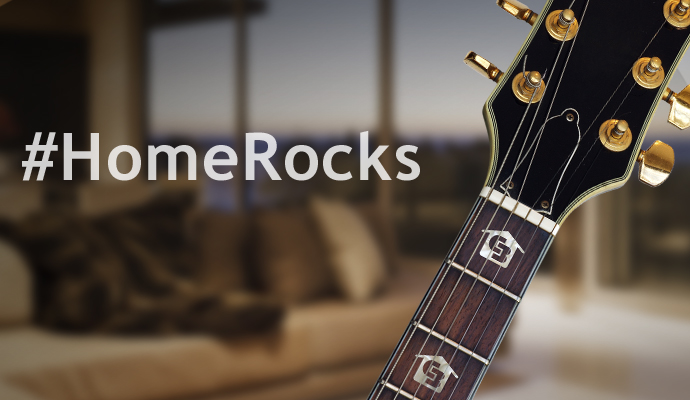 On Monday, January 13, Coldwell Banker Real Estate formally announced the six nominations for the first ever Coldwell Banker #HomeRocks Award. The #HomeRocks Award is given to the artist with the best song about home that debuted in the past year. While Coldwell Banker believes “songs about home” should be its own Grammy category, the winner of this years award will be determined by vote – specifically, your vote. Voting has been open since last Monday, but will end promptly tonight, January 21, at 11:59 PM EST at Coldwell Banker’s site.

If you haven’t had a chance to review the nominees, we’ve got a list of the nominated songs below – take a listen, and make sure to cast your vote before its too late! You may be the deciding factor for who gets to bring home the first ever #HomeRocks Award!

Named the best song of 2013 by the highly respected Pitchfork Media, “Hold On, We’re Going Home” is a smooth minimalist track that speaks to a yearning to return home. For Aubrey Graham (Drake), home is the only place where he can truly let loose, nurture those deep childhood connections and truly be himself.

With his recent release, Home Again, from his critically acclaimed new album The Diving Board, Elton still manages to gift us with a fresh sounding and beautiful song about the significance of home. We spend our young lives trying to leave our parents’ homes, embarking on journeys that take us different places. But when all is said and done, even a glamorous star longs for the comfort of returning to that special place called home.

It is clear Sheryl understand the deep connection between home and who we share it with. From her lyrics you can tell that her home is not what it was once without the one she loves. Without the people, memories and emotions that are part of home, then all we are left with is a pile of wood, furniture and appliances.

The sound of this song is much different than what fans are used to hearing from Mariah. “Almost Home,” departs from the usual, sensual, R&B ballads that have become synonymous with Carey and enters more into the contemporary pop arena.

5) On The Way Home by John Mayer

The song deals with the subject of when the times has come for you to go home. While I don’t know what was exactly in John Mayer’s mind when he penned the lyrics, it appears to me that he’s writing this about the end of a summer vacation and now it’s time to go home.

6) Take Me Home by Midnight Red

Our final nominee is an upcoming group of young men whose single, Take Me Home, is rising on music charts around the world.

While the winner is still yet to be decided, over 100,000 votes have already been cast. The question still remains, what song best represents home? Make sure you cast your votes now as voting ends 11:59 PM EST tonight.